The Weekly Majors are sitting in distinctly different spots of the battle stages.  $IWM already took a big move below range and the minimal bounce came back up into the underside and failed two weeks in a row. Follow through this week would seal the retest for smaller players, but so far it is the furthest from that retest, surprisingly. $QQQ is having that retest now and failing at the moment after getting rejected at its MA bands and testing the RSI bull range now.  $SPY is the only one still in the MA band and the RSI bull range, but closed ugly this week. OpEx added to the volatility and juiced moves, but the headline mill is back and not much of it is supportive at the moment, which is normal in a downtrend. The current retests are are a big deal, but now that OpEx is over I think we can get a cleaner picture as the retest plays out. Sellers are in control here going into the week, can they push through or not yet?  $SPY and $QQQ RSI bull ranges are still at a spot they could recover with CFGs pretty low, even $IWM could be a spike, but that would take a lot of heavy lifting by buyers and sooner than later. It’s hard to see that from this picture, but let’s remain open, a successful retest and even a higher low are both viable possibilities if we do see a change in character. 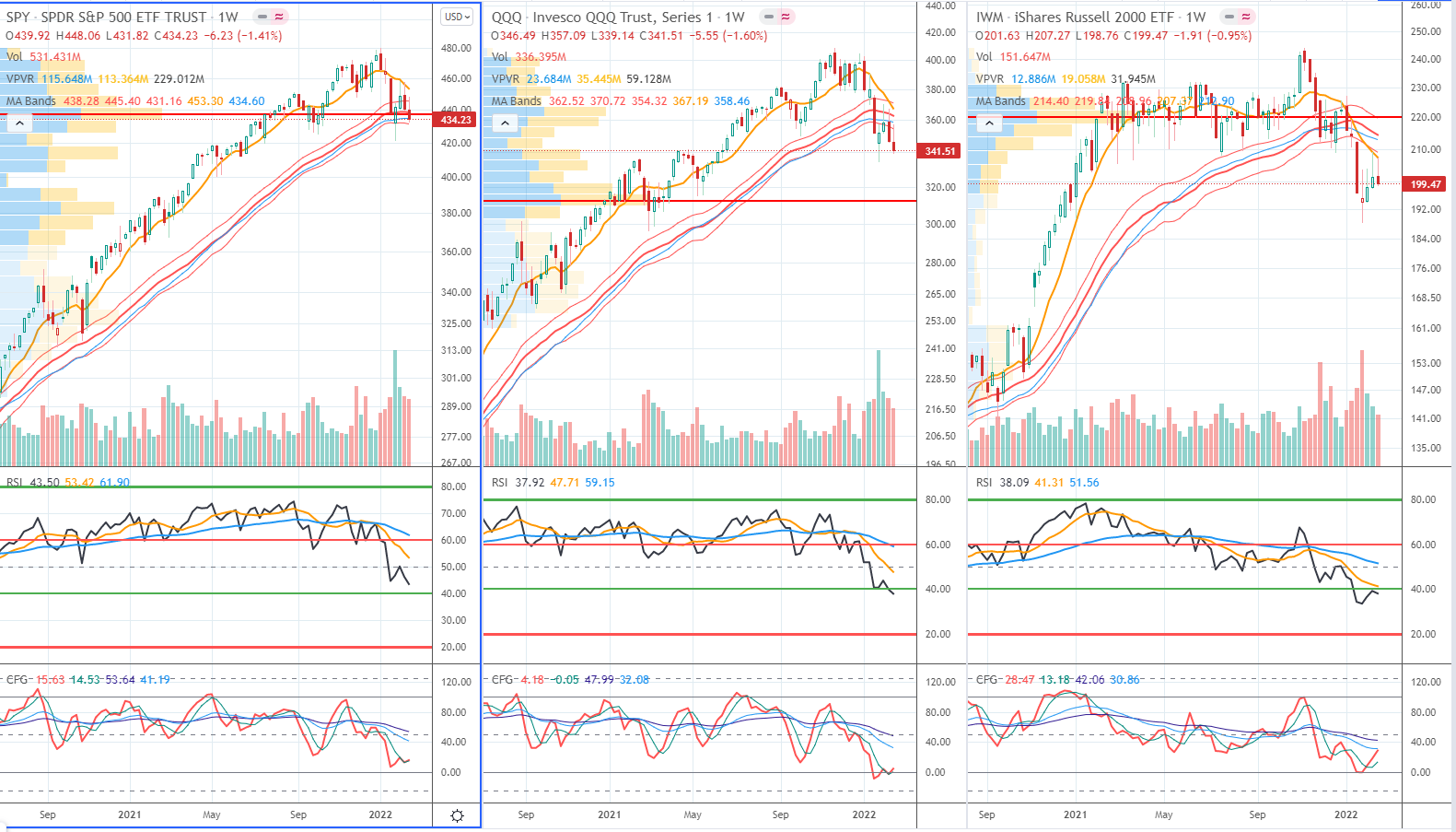 Not much change around the world this week with the RS ranked below still heavily favoring Latin American and Middle East and Asia. The US is still near the bottom and other devoloped nations are no where to be found in the top ranks. Put of the 60 on out ranking list, $QQQ was 3rd from the bottom. $IWM was 8th and $SPY 11th. nothing to write home about.  Atleast $RSX was lower than $QQQ. All jokes aside, this is still showing smaller more emerging market countries are starting to get attention for the first time in a while.

Next we look at the Intermarket RS view by ranking all of the asset classes with each other. Commodities still the clear leaders, but interesting to see $USO being one of the bigger lowers for the week. Seems some of those dollars went to other commodities, because they sure didn’t find their way into equities this week. We still feel a heavy OpEx might have had a good bit to do with that, but there are plenty of other reasons that could also be pointed if we are looking.  $JNK turned a slight positive this week with $TLT flat which is a small change in character after decent slides in both. Of the two, $TLT at a pretty major support zone on the weekly, a move higher could signal a little relief from the inflation worries, especially if $USO continues to soften as well. The question is whether rising bonds and falling interest rates will relieve some tensions in tech or be seen as another risk off sign. That is where $JNK action might be more volatile but more telling going forward.

This week we separate out the measures we follow by long, intermediate and short term and look at them separately as their message are all slightly different at the moment leaving uncertainty relatively high. 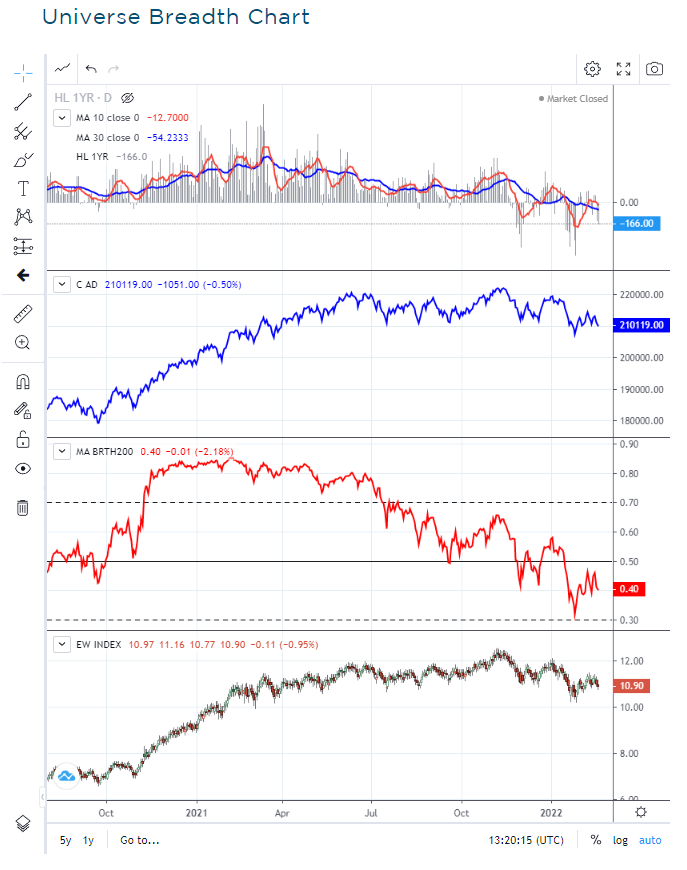 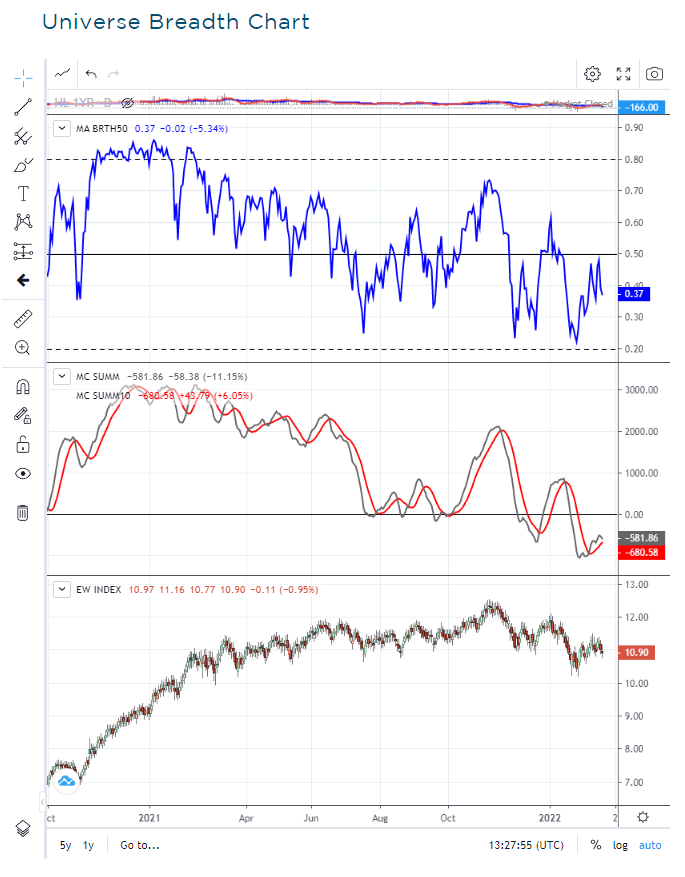 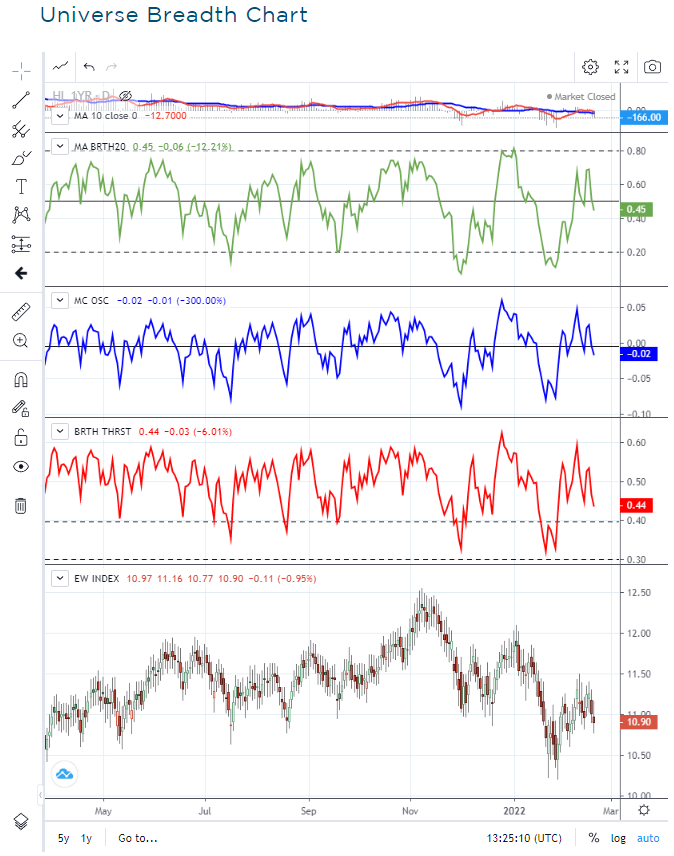 It is the first time in a while that Energy has been down toward the bottom of the performers list; that said, it did hang on to its top RS spot for another week.  There wasn’t and change in the top half, just a little juxtopositioning in the lower regions. Materials and Industrials led the week on our equal weighted measures. Metals remains strong pulling materials along. As mentioned above, looks like they got some of the Energy money rotating this week. Growth sectors did the poorest with Health Care getting hit again as it remains on the bottom.

We cover all of this and more in the video at the top of the page.  Also look for our Power Sector Review for a closer look under the hood.  you can find these and other charts on our Stocktwits and Twitter feed @Power1nvesting and throughout this site.