one the World ETF Stage there was not that much happening, Latin America still leading with some movers of the bunch being EWW ACH ARGT EWS EWM. IWM was the 9th best RS mover of the week, but only put it up to a ranking on this particular list.  Let’s look at the Intermarket view below basing its idea on the Intermarket Analysis views of John Murphy, but taking that from relative comparatives to an RS Rankings view. Theoretically we will see all the comparative performance through a broad macro lists of representative ETFs. The snapshot below is sorted by weekly gainers showing Commodities continued to dominate. USO remains the RS leader, but SLV GLD took the performance spots for the week.  It is also worth noting that IWM was up in the performers for the week, but even with only moved its RS up to a 12, leaving it and QQQ at the bottom which is not usually that equity friendly if it stays that way long.

In the Size and Style rankings list we noted that while Value continues to hold strength over Growth, the large and mega cap names took most of the brunt this week. There are a couple of ways to look at it. First is they are finally coming for the generals, which means we have more to go on the downside, but are likely closer to the end of the down move than the beginning. Or second scenario says as long as that mega cap money gets spread throughout the rest of the equity universe, which the IWM and MDY have hinted at a bit during this bounce, then this is just another variation of rotation along the path. Then we could see a lot of churn in the major indexes for a while if so. 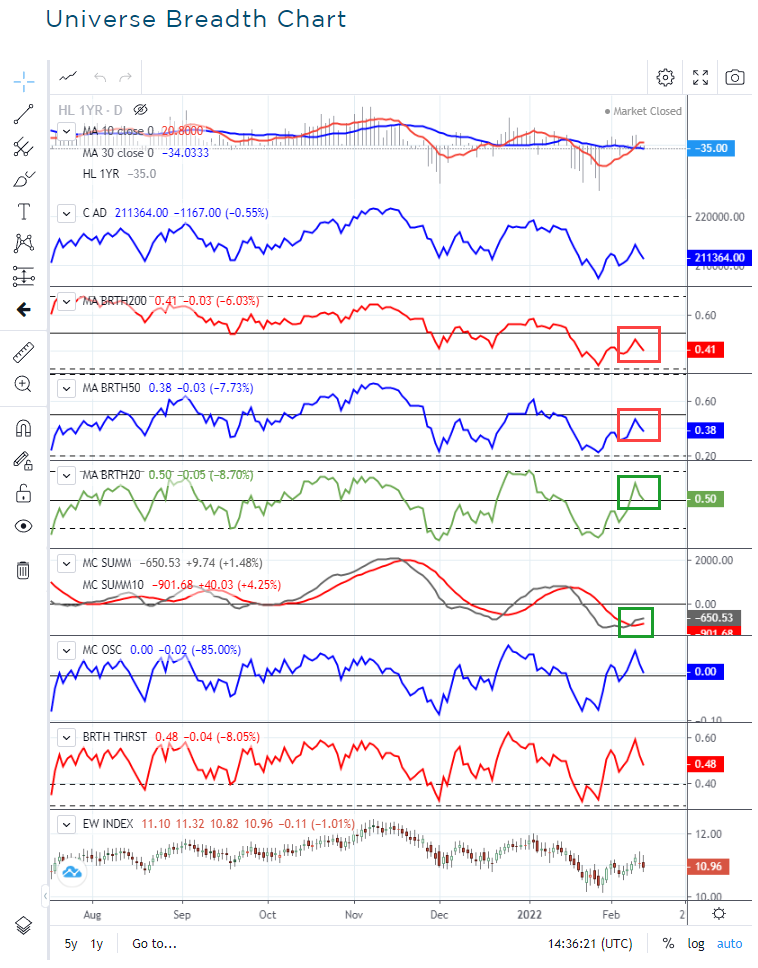 The relative comparative chart here is not always noteworthy, but it can tell you a little about the direction of overal market participation. A setup like now with a pick up in relative performance versus QQQ and now SPY while the IWM comparative is slowing can hint the tide is turning back to small and midcap names that fill out the universe versus just the big names that can dominate these other indexes.

One of the biggest things to start with here on the equal weight RS rankings is just the actual weekly performance of these sectors. Most are positive for the week versus just few in our Market Weight Sector ETF RS rankings list. With Energy remaining the leader, the big RS mover for the week to the upside was Materials with the big out performance of metals, both Industrial and Precious this week. Tis came even with the strength in the US Dollar

We cover all of this and more in the video at the top of the page.  Also look for our Power Sector Review for a closer look under the hood.  you can find these and other charts on our Stocktwits and Twitter feed @Power1nvesting and throughout this site.